[Verse 1]
Once upon a time you dressed so fine
Threw the bums a dime in your prime, didn’t you?
People call, say “Beware doll, you’re bound to fall”
You thought they were all a’kiddin’ you

(Friends were warning “Miss Lonely” that she was walking a dangerous path, but she thought they were all envious or just making jokes.)

You used to laugh about
Everybody that was hangin’ out

-“Miss Lonely” was laughing at the bums, the same ones she was giving dimes. She had a lack of concern for those who were down on their luck, and didn’t see any possible way she could end up in their position.//

-Having fallen down the rungs of society, all her joviality, her confidence, and her vitality are drained from her. She can’t be “proud” of herself if she’s struggling to make ends meet.//

-Originally, “Like A Rolling Stone” was an extended piece of writing, though this line stood out to Dylan and inspired him to put it to music:

It was ten pages long. It wasn’t called anything, just a rhythm thing on paper all about my steady hatred directed at some point that was honest. In the end it wasn’t hatred, it was telling someone something they didn’t know, telling them they were lucky. Revenge, that’s a better word. I had never thought of it as a song, until one day I was at the piano, and on the paper it was singing, “How does it feel?” in a slow motion pace, in the utmost of slow motion.//

-The proverb “A rolling stone gathers no moss” refers to people who are always on the move, never putting down roots or accumulating responsibilities and cares.

I’m a rolling stone, all alone and lost

[Verse 2]
Aw, you’ve gone to the finest school all right, Miss Lonely
But ya’ know ya’ only used to get juiced in it

-The internal rhymes continue, with “lonely” and “only.”

She was smart enough, or rich enough, to get into a good school, but she didn’t make use of any education she could have received in the classroom. She wasted her time partying and drinking.

-Though you might strike bargains with almost anyone in order to keep going, and justify your fall in any way you please, the truth is that no one is going to give you “alibis” for being where you are–your downfall is yours and yours alone.//

As you stare into the vacuum of his eyes
And say, “Do you want to make a deal?”

-This line speaks not only to the subject (“Miss Lonely”) but the entire generation coming of age in the 1960s. They didn’t always know what they wanted, but they knew they didn’t like the way things were and had to make their way and find a home in an increasingly bizarre world.

Filmmaker Martin Scorsese used this line for the title of his 2005 documentary about the life of Bob Dylan.//

[Verse 3]
Aw, you never turned around to see the frowns
On the jugglers and the clowns when they all did tricks for you

Men have always thrown themselves at her trying to impress her, but she always ignored them; she was selfish and ungrateful. Dylan saw these men as desperate clowns. 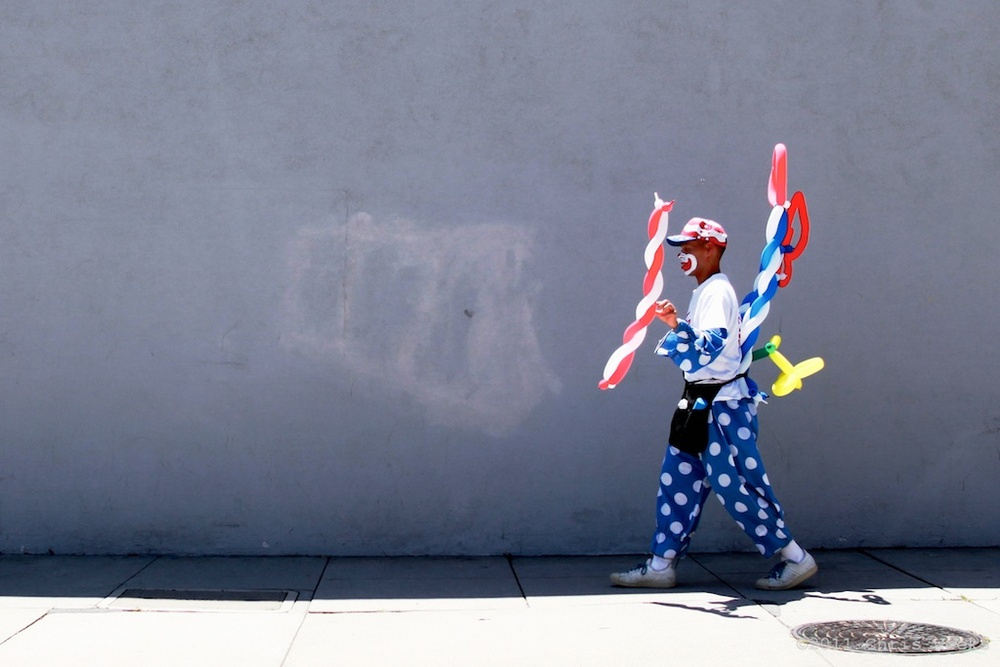 Dylan may also be dismissing “high class” and “artsy” people (such as Andy Warhol and all his associates) as dumb, shallow clowns who put on acts and fake personas. She didn’t want to see them for what they really were–and for how they really felt about her. (“You never turned around to see the frowns…”)

Finally, this could refer to the time when she had money and was used to the good life, while those below her were working for her and kissing her butt. Everyone was pleasing her to get by, but she treated them with disrespect or even contempt.//

-When she had the luxury of being sheltered from risk, she lived vicariously through the “jugglers and clowns” she was surrounded by.//

You used to ride on a chrome horse with your diplomat
Who carried on his shoulder a Siamese cat
Ain’t it hard when you discover that
He really wasn’t where it’s at
After he took from you everything he could steal?

[Verse 4]
Aw, princess on the steeple and all the pretty people
They’re all drinkin’, thinkin’ that they got it made
Exchangin’ all precious gifts
But you’d better take your diamond ring, ya’ better pawn it, babe
You used to be so amused
At Napoleon in rags and the language that he used
Go to him now, he calls ya’, ya’ can’t refuse
When ya’ ain’t got nothin’, you got nothin’ to lose
You’re invisible now, ya’ got no secrets to conceal

-Suggests something like the oppressive invisibility of Ralph Ellison’s Invisible Man. Now that she’s been brought down to the level of the oppressed people she once either ignored or let herself be amused by, she discovers the existential dread of feeling inconsequential, unseen in the world. But having “no secrets to conceal” might be liberating as well.//